Get fresh music recommendations delivered to your inbox every Friday.
We've updated our Terms of Use. You can review the changes here.

by Circle of Hope Audio Art 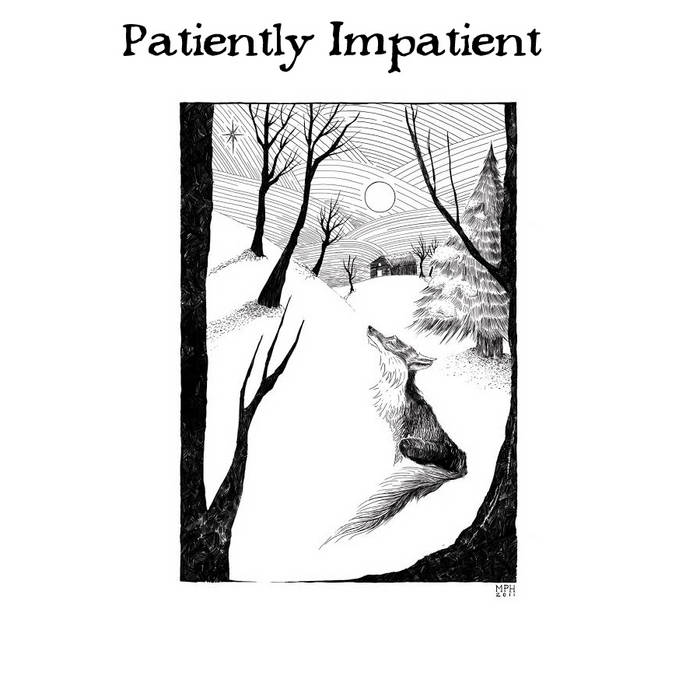 About this Album
We chose “Patiently Impatient” inspired by our Cell Multiplication Plan - “We are patiently impatient to embody what God has in mind for now.” Many of the themes of the album are around that almost paradoxical state of expectantly waiting and preparing a place for Jesus to come and live. It’s winter and cold in our region as we finished up on the final days of Advent. We’ve digitally released it the day after Christmas. We are making plans to print cds with full booklets soon. Over 50 musicians from all four of our congregations and a dozen songwriters

Why We are Trying This Experiment?
We have written over 100 songs and regularly share with people from across the world as learners. We’ve been asked by our friends outside our region for resources to use and this is part of our response. No one is making any money from our group. The writing, the performing, organizing, engineering, producing, and the mixing have all been done “in house” out of love. Our biggest expense to date has been the rent as we’ve maintained a studio space over the past year. We hope to make regular contributions to the Church’s journey in creativity and imagination, this is our second release.

All songs recorded. produced, and mixed by The Circle of Hope Audio Art team. In Philadelphia Pa,

All songs written By Circle of Hope Audio Art except*
* Ameniona (traditional)
*Hakuna Mungu Kama Wewe (traditional)
* The Whole Earth is Full of the Glory of God (Seth Martin) sethmartinandthemenders.bandcamp.com

Who We Are ?
Circle of Hope Audio Art is a mission team of Circle of Hope (circleofhope.net) in Philadelphia and the metro. Forming began in early 2012 when Joseph took the reins to record some of our original worship songs for training leaders and sharing more broadly. Last June we released our debut album “Resist & Restore: Spring 2013 digitally and then printed cds in December.
We are developing a missional process of writing, recording, and distributing original and transcultural worship music as a tool for training, edification, and getting Circle of Hope into new places. We are facilitating a process for creating quality audio recordings of songs that our church uses for worship as a resource for our Public Meeting Design Teams as well as other interested people. We want to distribute the recordings in a way that does not succumb to the norms of the music industry–Christian or not–but promotes Kingdom entrepreneurship and good storytelling.

Thanks to Michael Heneghan (michaelpheneghan.com) for illustrations,
Hans Dekline at Sound Bites Dog (soundbitesdog.com) for mastering, and Stephen Ardire for Hammond organ on "Show me Your way"

THANK YOU!
We are grateful for all of Creation and for this unique local expression of the church known as Circle of Hope. Thanks be to God and to the people from all four of our congregations for participating in making this recording - whether it’s playing, singing, praying, encouraging, or constructive criticism.

More Worship Resources
Most of our congregations worship in three languages each week. Much of the music does not have accessible recordings for sharing and teaching. Here are some musicians and ministries that we are connected to, trying to use their music (with permission) in a good way.
We highly recommend you check out these friends of ours.
Broken Walls brokenwalls.com Led by Jonathan Maracle (Mohawk): many of their songs are based on First Nations’ instruments, melodies, and languages worshiping Jesus.
Aradhna http:aradhnamusic.com Led by Chris Hale and Pete Hicks (born, raised, and/or trained in Nepal and India): Jesus-centered, contextually Hindustani music with Western cross-pollination.
Cheryl Bear cherylbear.com A songwriter, author, and pastor from the Nadleh Whut’en First Nation (Northern British Columbia): songs are in English First People’s languages as well as vocables.
Our worship leaders have found the work of these folks useful, too.
Heart Sounds International heart-sounds.org A worldwide hub for worship music mean for places where Christ’s followers are restricted.
Taizé Community taize.fr The monastic chants in multiple languages are really useful.
Kampala Ministry kampalaministry.wordpress.com The defunct website for a very influential resource from our Central and East African sisters and broth- ers in Uganda. They streamed music and included lyrics and translations for a few dozen songs that we have found transformative.
Soweto Gospel Choir sowetogospelchoir.com The 30+ member choir brings together elements of their South African gospel with others from the Diaspora.

Circle of Hope Audio Art is a mission team of Circle of Hope church in the Philadelphia and the metro area. We are working out a missional process of recording and distributing worship music as a tool for training and edification. We are celebrating all the creativity around us and are responding to a felt need for new worship material that is creative, theologically sound, and not commercial. ... more

Bandcamp Daily  your guide to the world of Bandcamp

Frayle's Gwyn Strang and Sean Bilovecky join the show to talk about their cathartic new album.